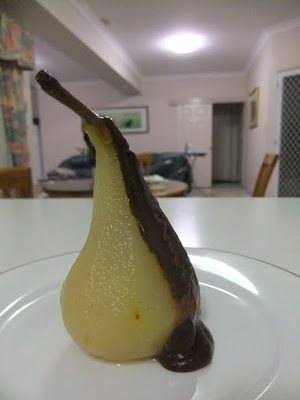 The Winter chill heralds the start of stores being filled with a bounty of gorgeous brown Beurre Bosc Pears which are just dying to become beautiful desserts. I though I entreat you to use this bounty, I thought I would share some of my favourite pear disasters:

So when has it gone pear shaped for you?