Chickens and the Art of Procrastination 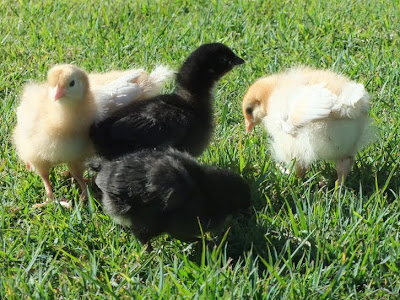 Last week wasn't terribly productive for me, I spent two out of the five working days zonked out on antibiotics to combat Bronchitis and then my weekend was sucked into a pocket dimension when two week ago chicks dictated time and space. Since I last spoke to you about the joys of raising poultry, I also had to experience some of the sadder aspects. The majority of the flock were between 8 and 10 years old and within the space of six months, they left. They would just look tired one day, close their eyes and you would find they were gone. 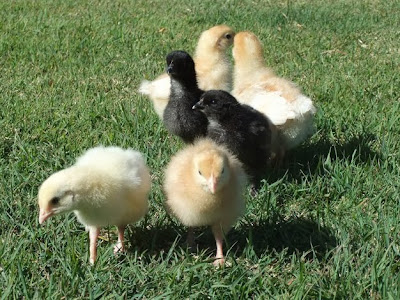 So on the weekend I had the pleasure of picking up a box of two week old chicks. Thankfully we have avoided my Mother's suggestion of naming a red one Gillard and have named them: 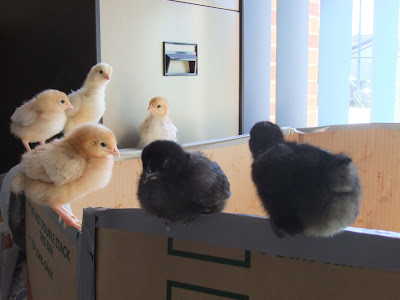 Since it's still a tad cold for little chicks, they will spend their first few weeks with us indoors. They currently live inside a cut down one tonne fruit box located in the study. Here is all the flock perched curiously. 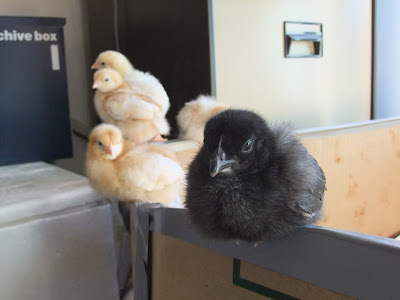 Though they have been a major source of procrastination, I wouldn't change a thing. Chicks grow so quickly and in another six weeks, they'll be all grown up. :'(