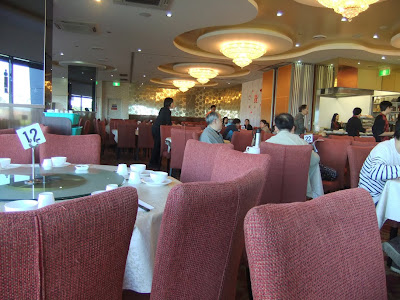 There are few things that make me quite as cross as when Sui Mai is labelled as Dim Sum. Dim Sum is the category of dumplings that feature in various Yum Cha Restaurant menus. The item that most Australians know as 'Dim Sims' (eurgh ... it isn't even pronounced correctly) should actually be called Sui Mai. Dim Sum is the area that my father specialised in before his passing so I admit I expect nothing less than perfection when I visit a Yum Cha Restaurant. My Mother had heard great things about Haoke Chinese Seafood Restaurant so we set off early this morning for Yum Cha. 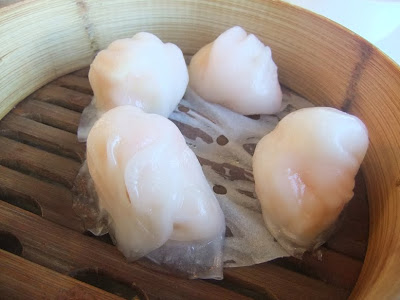 One of the tests of a good Yum Cha Restaurant is the quality of their Har Gao. Haoke's Har Gao has a gorgeous translucent skin and generous chunks of prawn. 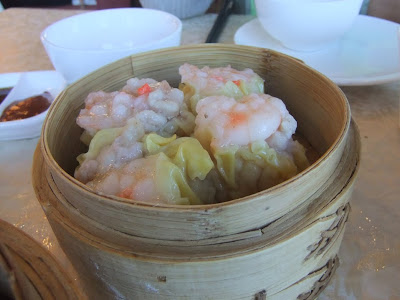 The standard of their Sui Mai is also good and topped with a prawn. This would have been one of my picks. 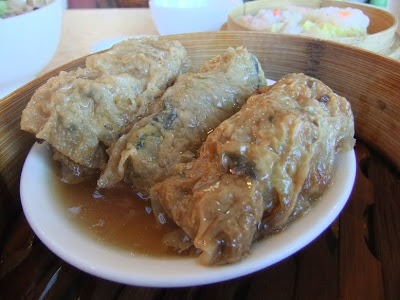 Steamed bean curd wraps with thick sauce. These is generally no middle ground with this dish, as they are either fabulous or awful. This was the first time I had encountered an average one, the flavour was there but the texture was far too solid for my liking. 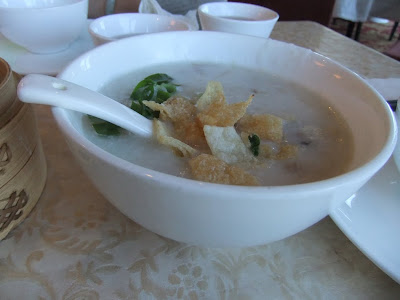 Lean pork and century egg congee. Century eggs are an acquired taste and are made by preserving eggs in a mixture of clay, ash, salt, lime and rice hulls. This mixture raises the PH of the egg over several weeks or months and leaves the egg with its distinctive texture. It is a common congee ingredient as it compliments the smooth rice. Unfortunately the congee was the worst offering at Haoke. It was extremely floury and lacking in flavour. 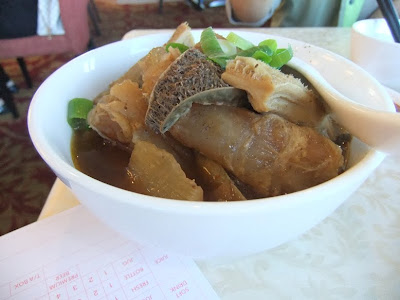 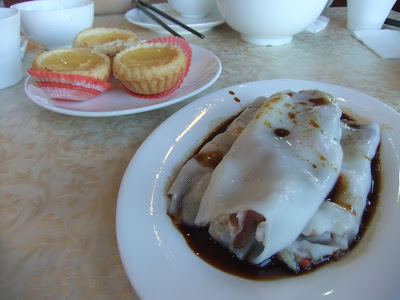 The egg tarts were a good size, the pastry was flaky and the egg was silky smooth. Cheong Fun is also another Yum Cha favourite and they traditional come in three variations, cha siu (barbecue pork), prawn or You Zha Gui (translates as fried ghosts. This is a fried dough that sometimes is served with congee). The one pictured is cha siu, it arrived cold. 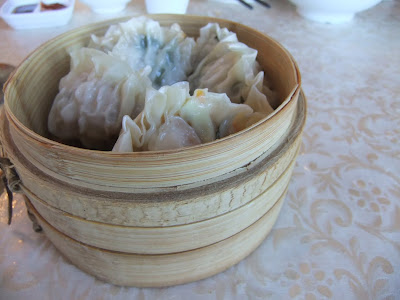 The final selection was the Shark fin dumplings. Though the spine of the dumpling appeared dry, they were passable. So in summary, the quality of the dim sum was passable, the atmosphere and service within the restaurant was lacking. If it is your local then it is passable, but if you have to make the trip, don't bother. Head to Landmark when you will have the selection and the brisk pace you would expect.