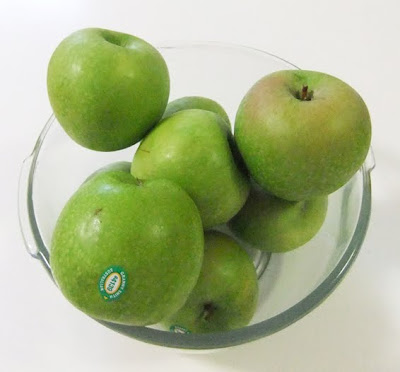 I used to work with a lady who used to bake when she was angry. Maybe it's just me, but I can't cook when I'm emotional as I will most certainly will stuff it up. My first attempt at this pie ended up with mushy apples and over worked pastry. I retained the apple, binned the pastry, took a break before starting again. I then peeled, cored, sliced 7 large Granny Smith Apples. I then halved those slices and added them to a saucepan with 1/2 cup of water. 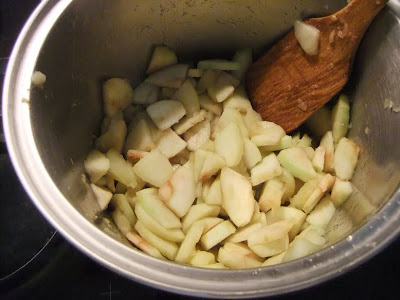 The apple and water was then brought to boil. I then reduced the heat to a simmer, covered the saucepan for approximately 10 minutes. The halved apple slices should be slightly softened. Drain the apples and then add 1 teaspoon of lemon rind and 1/4 teaspoon of ground cinnamon. Leave the mixture to cool. 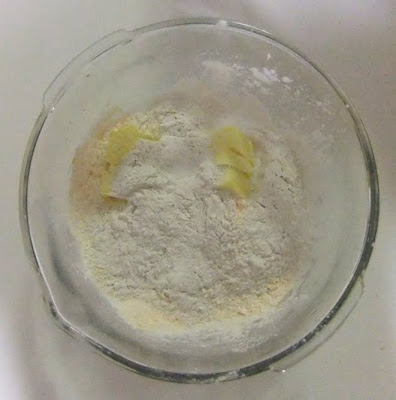 In a bowl combine 2 cup plain flour, 1 cup self raising flour, 1/2 cup cornflour, 1/2 custard powder, 2 tablespoons of caster sugar and 200g of cool coarsely chopped butter. Rub the butter and the flour between your finger until the mixture resembles breadcrumbs. Then add two egg yolks and 1/2 cup of cold water (use your judgement as you may need more water) and knead until smooth. Halve the dough, roll and then smooth the pastry into a 25cm pie dish. I decided to use a flan tin. 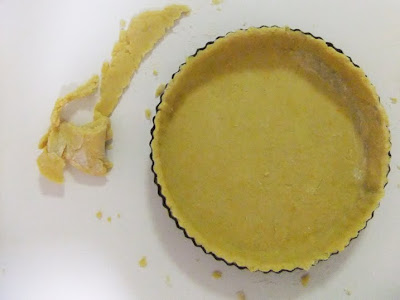 Here is the lined tin. I then placed the tin in the fridge for 30 minutes to rest and preheated the oven to 220C/200c fan forced. 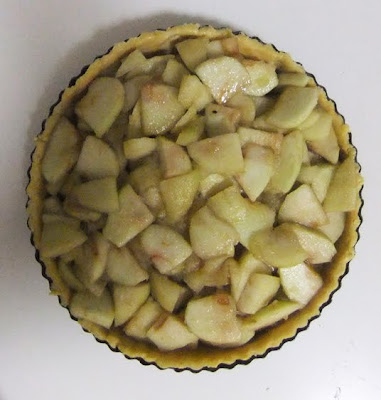 After the 30 minutes had pasted, I then brushed the case with egg white, filled the pie with the apple mixture, rolled the remaining dough out to create a lid. I brushed the lid with more egg white and sprinkled it with sugar. I made a small cross in the center before popping the pie into the oven for 20 minutes. After 20 minutes passed, I reduced the oven to 180C/160C fan forced and continued for 25 minutes or until golden. 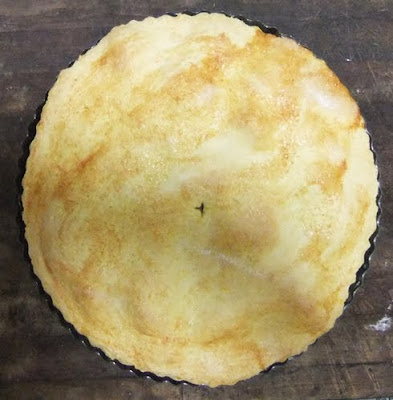 Here is the finished pie and I was tell you it is delicious. It's the perfect winter warmer and smoothing balm for my soul.
Posted by Eats Food, Hates You at 9:54 PM